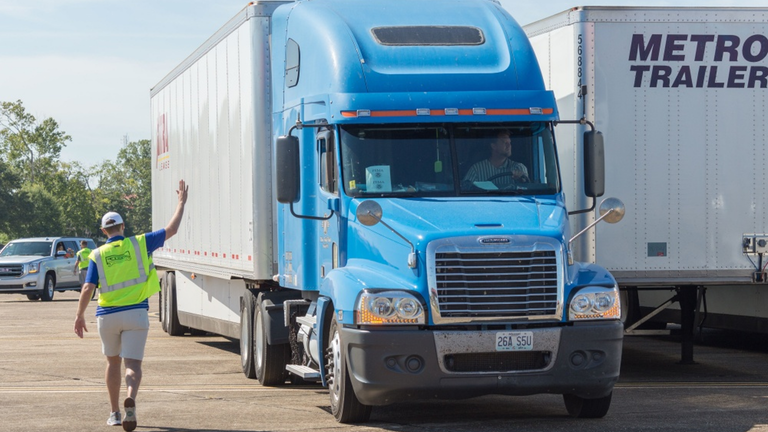 The Federal Motor Carrier Safety Administration (FMCSA) published in the Federal Register on Dec. 27  that it is increasing the minimum annual percentage rate for random controlled substances testing for drivers of commercial motor vehicles (CMVs) requiring a commercial driver’s license (CDL) from the current rate of 25% of the average number of driver positions to 50%, effective in calendar year 2020.

END_OF_DOCUMENT_TOKEN_TO_BE_REPLACED 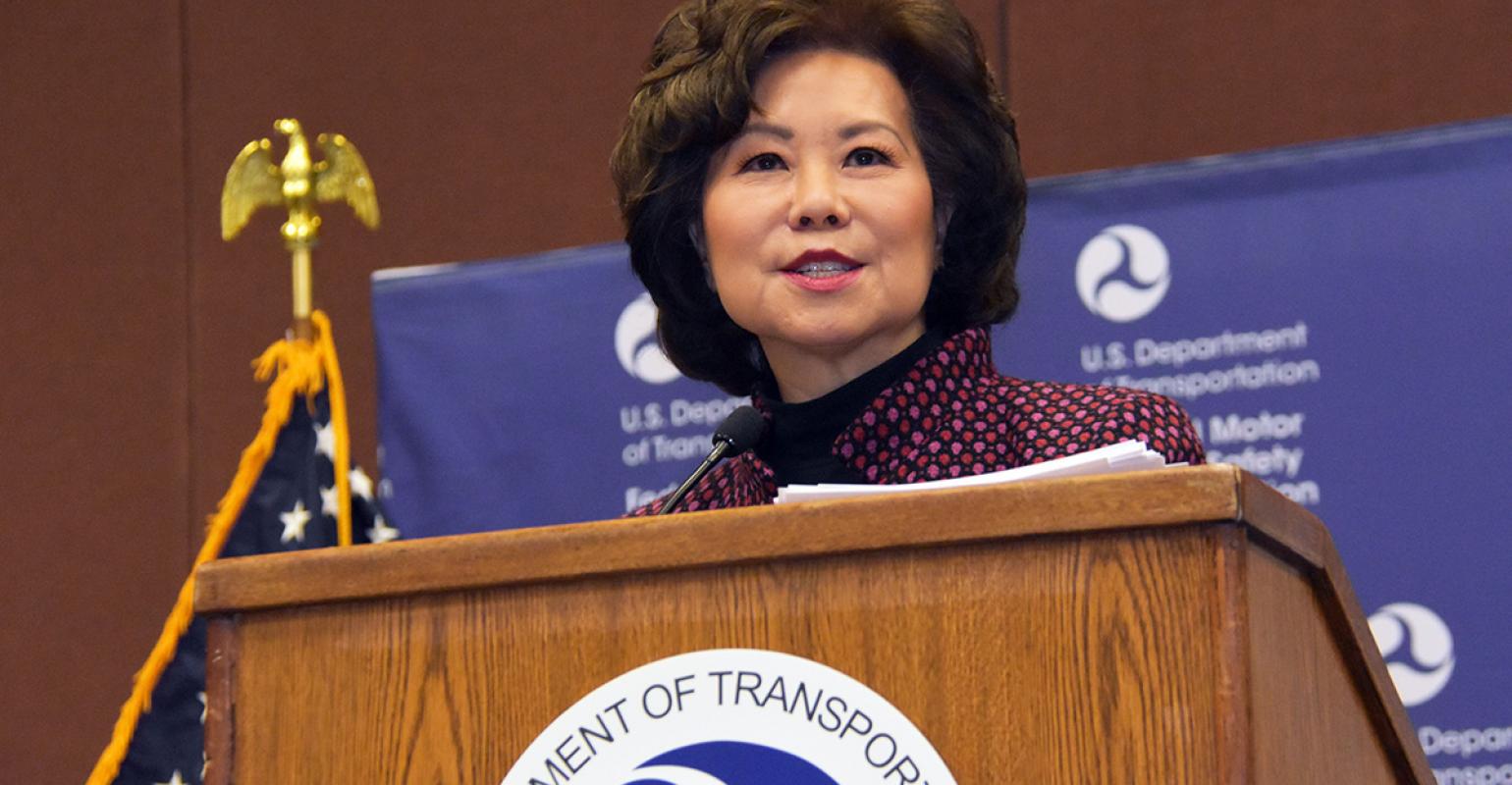 The announced July 31 date for a ruling came and went. What’s next is anyone’s guess.  The trucking industry is likely hoping three times will not be the charm when it comes to the highly anticipated hours-of-service (HOS) rule changes. First, they were scheduled for publication on June 7.  Next, they were to come out on July 31, according to the Department of Transportation’s latest report on significant rulemakings. It now being August meant that didn’t happen.

Fleet Owner contacted the Federal Motor Carrier Safety Administration (FMCSA) seeking clarity. We were given a contact person to shed light on the situation, left a message, and are waiting to hear back. If we do so, this story will be updated. The public comment period which was set to go through Sept. 16, was based on the July 31 information release, so that will likely be pushed back as well.

Fleet Owner also sought comment from The White House Office of Management and Budget (OMB). In a return email, Chris Jennings, OMB press secretary, wrote that the HOS rules “are currently under review by OIRA (Office of Information and Regulatory Affairs). OMB historically does not comment on rules until review is finalized.”

Two academicians and trucking experts, one an author on the industry and the other with a book in progress, provided their views on the situation.

Steve Viscelli is a Ph.D., sociologist and author of The Big Rig: Trucking & the Decline of the American Dream. He spent over a decade studying the industry and interviewing truckers. He obtained a CDL and drove full-time for six months to experience a driver’s life. He is a Senior Fellow at the Kleinman Center for Energy Policy at the University of Pennsylvania.

“I don’t know what is going on with HOS,” he admitted. “It could simply be that there is no ruling that will satisfy everyone. There are two primary reasons for that. First, the trucking industry is incredibly diverse. We have drivers who have 20 years of experience, are home every night and really do work 60 hours a week or less.

“On the other end, we have drivers who a couple weeks ago had never seen the inside of a truck and are now living out of one for weeks at a time working almost continuously until they are exhausted. Developing a single set of rules to make the job safer across that spectrum is complex to say the least. That’s the legitimate challenge of hours of service regulations.

“The second reason is completely different. Huge numbers of hours are still not recorded accurately (non-driving on-duty time). Carriers will continue to build those illegal hours into their process. That is just how the industry has worked for decades. The industry and drivers have for so long disregarded both the letter and the spirit of hours of service that the basic foundation of the system is rotten.

“Tweaking the rules isn’t going to change that. We need to completely rethink HOS and, most importantly, build a system that, rather than imposing simplistic rules, addresses the central importance of the economics of driver pay, experience and safety.”

Karen Levy is an assistant professor of Information Science at Cornell University. She has written about trucking for the L.A. Times and other periodicals and is writing a book called Data Driven: Truckers, Automation, and the New Workplace Surveillance. She has no knowledge of when the new HOS rules will be released but has opinions on what they should contain.

“By all accounts, any HOS reforms need to give truckers the flexibility they need to do their jobs safely and efficiently,” she said. “Truckers have the best and most relevant expertise to structure their work in response to the conditions around them—the weather, the traffic, their fatigue level and physical needs. One-size-fits-all HOS rules are hard for truckers to stomach because they’re inflexible to these variables, especially in the ELD era. Things like eliminating the 30-minute rest break or returning to a split sleeper birth would help truckers adapt the rules to the many contingencies they face on the road.”

“The introduction of electronic logging devices and their ability to accurately record hours-of-service (HOS) compliance for drivers of commercial motor vehicles (CMVs) have prompted numerous requests from Congress and the public for FMCSA to consider revising certain HOS provisions,” explained the DOT report. “To address these requests, FMCSA seeks public input and data that the Agency could use in a future proposal.”

In FMCSA’s Advance Notice of Proposed Rulemaking published Aug. 23, 2018, four questions were asked publicly so it could better define what trucking industry stakeholders thought. The more than 5,200 responses are being considered as the DOT prepares its proposals. The questions were: 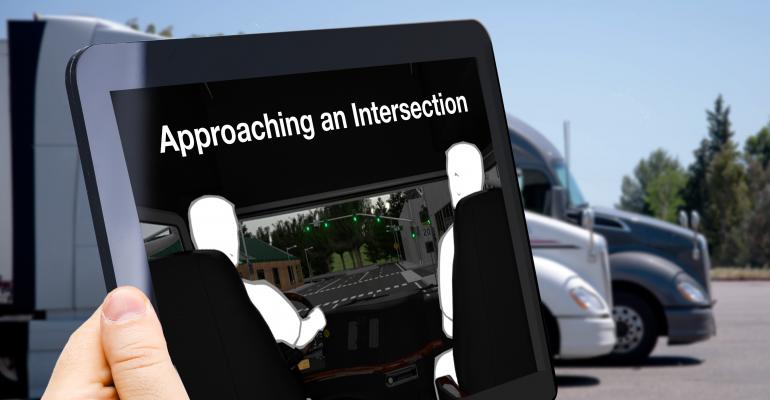 The new rules in CDL schools will go into effect by February 7, 2020.

Instructional Technologies Inc. (ITI), a provider of training solutions for the transportation industry, has released the name of its new training program for drivers wanting to obtain a CDL: On Ramp Entry-Level Driver Training (ELDT). This new system adopts new requirements demanded by FMCSA and will be fully operational by February 2020 for state, public, and private CDL schools.