America’s roads remain in the D-grade range, with 40% of roads in poor or fair condition.

Although this year’s grade is an improvement from the dismal D+ that the ASCE gave the nation’s infrastructure in 2017, 11 of the 17 categories in this year’s report card received a grade in the “D” range — and that includes roads.

The ASCE said that the U.S. has been underfunding its roadway maintenance for years, resulting in a $786 billion backlog of road and bridge capital needs. As a result, 40% of the roads in the U.S. are in poor or fair condition, and there are 178 million crossings a day on structurally deficient bridges.

Road and infrastructure deficiencies cost the average motorist $1,000 a year in wasted time and fuel. Maria Lehman, director of U.S. Infrastructure at GHD, pointed out that cost is much higher for the trucking industry.

“There has been a lot of focus trying to maintain the interstate system, but it’s still last-mile that really gets critical,” Lehman said, adding that 8% of the nation’s bridges are structurally deficient. “That means a fully loaded tractor-trailer can’t drive over [those bridges]. It’s not just about safety concerns, it’s about getting interstate trucks across and able to deliver goods.”

Federal investment in roads has historically been funded by the Highway Trust Fund. But the fund has been teetering on the brink of insolvency for nearly 15 years due to the limitations of its primary funding source, the federal motor fuels tax. The tax of 18.4 cents per gallon for gasoline and 24.4 cents for diesel has not been raised since 1993, and inflation has cut its purchasing power by 40%.

Categories included in the report card have grown over the years, and this year’s report is the first to include stormwater. The 2021 study evaluated 17 categories of infrastructure, with grades ranging from a B for rail to a D- for transit. The grade of C- for infrastructure as a whole means that, on average, the nation’s infrastructure is in mediocre condition, has deficiencies, and needs attention, according to ASCE.

“This is not a report card anyone would be proud to take home,” said ASCE Executive Director Thomas Smith. “We have not made significant enough investments to maintain infrastructure that in some cases was built more than 50 years ago. As this study shows, we risk significant economic losses, higher costs to consumers, businesses, and manufacturers — and our quality of life — if we don’t act urgently. When we fail to invest in infrastructure, we pay the price.”

Overall, the long-term infrastructure investment gap has risen from $2.1 trillion over 10 years in the 2017 report to $2.59 trillion in the latest study, equating to a funding gap of $259 billion per year. According to ASCE, if the U.S. does not pay its overdue infrastructure bill, by 2039 the economy will lose $10 trillion in growth and exports will decline by $2.4 trillion.

“Now, we have the added complexities of the COVID-19 pandemic affecting revenue streams and hampering the progress we made in the last four years,” said Greg DiLoreto, past president of ASCE. 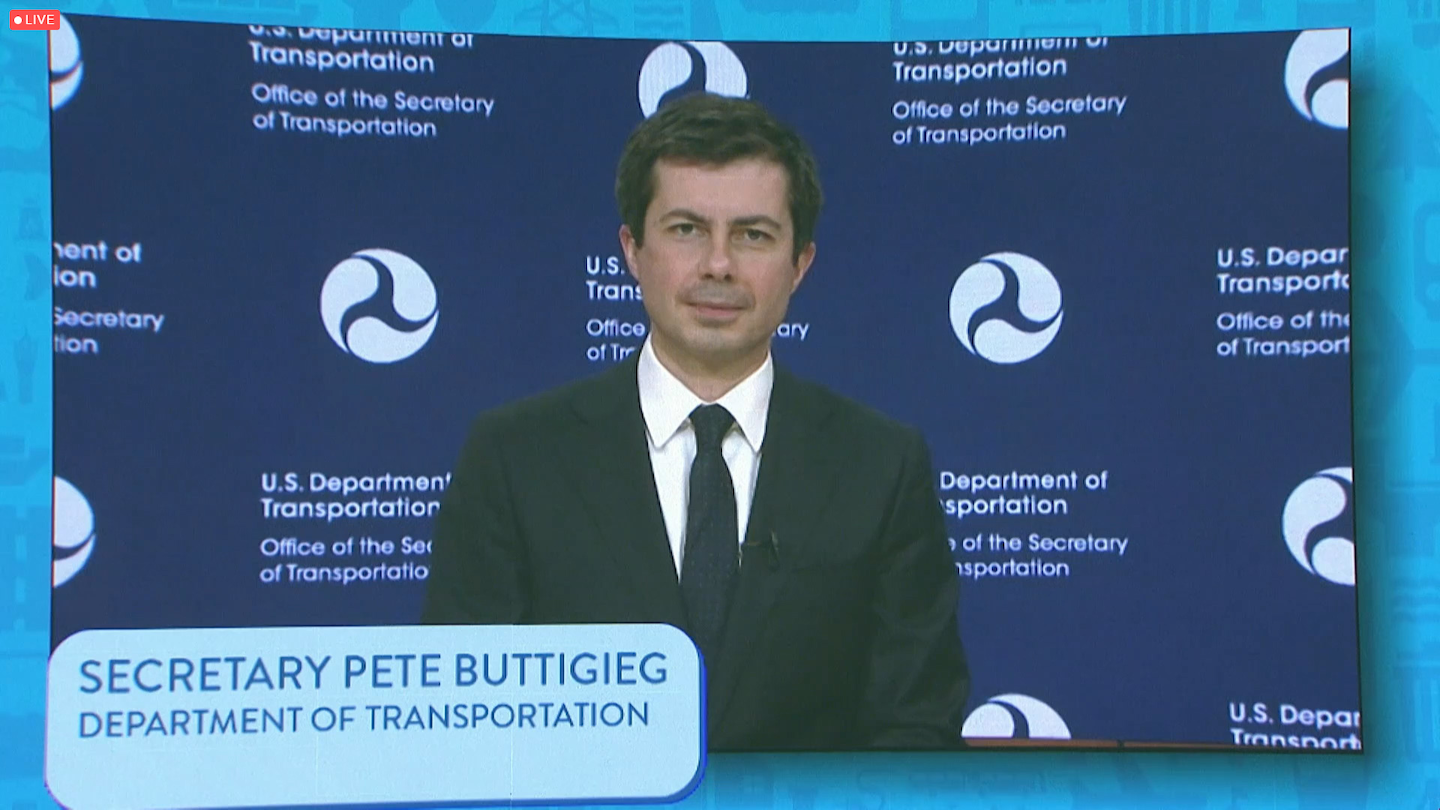 “The results of this report card tell us something that we already know, which is we’ve got a long way to go and our infrastructure is in tough shape,” Buttigieg said. “But I also think that the timing of the report card and those grade markings within it are telling us that we are past the point of allowing [National] Infrastructure Week to be a Washington punchline once again.

“The disinvestment in infrastructure that has been going on, frankly for a lifetime, is catching up to us,” he continued. “We’re also seeing global competitors get out ahead of the United States. That’s why now is the time to be bold.”

As the former mayor of South Bend, Ind., Buttigieg said he experienced infrastructure woes at the most tangible level, hearing about every pothole in the city.

“The pothole has become a symbol of the bigger needs we have,” he said. “And it doesn’t have to be this way, but it also won’t change unless we make different choices.”

Tackling infrastructure investment, however, will have to wait on the COVID-rescue package that is currently in front of Congress.

“These big infrastructure opportunities are ahead but we have something even more immediately before us at this moment. That’s why President Biden and his entire team, including me, are very focused right now on the first step of this ambitious two-step plan, which is rescue followed by recovery,” Buttigieg explained. “Right now, we are still in the rescue phase. We’ve got to get shots in arms. We’ve got to get families the urgent economic relief that they need. We’ve got to make sure that schools and communities have the resources that they need to fight COVID. Of course, we must expand and enhance our transportation infrastructure, but the opportunity to do that is just around the corner.”

Looking ahead, Buttigieg said he is excited about the electrification of vehicles and other more “sizzling” initiatives; however, there is more urgent work that is “closer to home” that needs to be done.

“Frankly, there is a lot of unglamorous work to do that can be just as important, just as meaningful, and just as economically powerful—just filling in that hole in the road,” Buttigieg said. “We have to take care of the basics, fix it first, be smart about the inventory that we already have as a country, and then make sure that we are setting ourselves up for the future that is going to be upon us before we think.”

Drinking water: C-, an improvement from the D received in 2017.

Ports: B-, an improvement from 2017 and one of the highest grades this year.

Rail: B, unchanged from 2017 and the highest grade this year.

Stormwater: D for its inaugural appearance.