The costs associated with trucking have increased, according to the American Transportation Research Institute.

Its report, “An Analysis of the Operational Costs of Trucking,” shows fuel and driver compensation accounted for carriers’ biggest expenses while permits and licenses accounted for the smallest.

The report shows 2018 costs are the highest since the organization’s data collection began in 2008.

It highlights the strong economic environment that benefited trucking in 2018. However, these economic conditions also put pressure on nearly every cost for carriers.

Only tires showed no increase, likely due to a large U.S. surplus of styrene butadiene rubber, a synthetic rubber used to replace natural rubber in tires, according to ATRI. 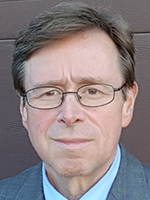 The 43% share for costs per mile for driver wages and benefits (33% and 10%, respectively) is attributed to the driver shortage — the No. 1 trucking concern based on ATRI’s list of industry issues released Oct. 6. American Trucking Associations projects the industry was short 60,000 drivers.

ATRI Senior Vice President Dan Murray told Transport Topics he’s uncertain whether increases in bonuses and wages put a dent in the driver shortage. “It’s a good thing that wages go up because most research and anecdotal information says a satisfied driver stays put and is considerably safer than a dissatisfied driver.”

Repair and maintenance costs rose to 17.1 cents per mile from 16.7 cents, which ATRI characterized as a counterintuitive increase because of the record sales of new trucks and trailers. Class 8 tractor sales boomed in 2018, seeing a 32.1% increase year-over-year.

The report shows, on average, seven years lapse until a truck tractor is replaced.

“As your fleet gets older, it takes more skills and more time and more expensive parts,” Griffin said. “It’s kind of a triple whammy.”

Industry sectors experience repair and maintenance costs differently, the ATRI report said, stressing that specialized carriers consistently pay more per mile (23 cents in 2018, up 1 cent from 2017). Less-than-truckload paid 18 cents, down a penny from 2017, and truckload paid 15 cents, up 2 cents from 2017. 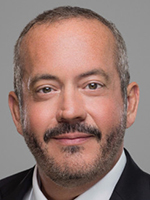 Griffin said safety technology in trucks can help costs decrease. For example, he said a large company recently adopted collision avoidance systems fleetwide and reduced its rear-end collisions by 80%. He said those collisions are among the most costly.

According to ATRI’s report, operations in the Northeast were the costliest in 2018, at $1.96 per mile. The region presents heavy population concentrations and numerous tolls.

The West was not far behind, reflecting an average cost per mile of $1.81. It is characterized by longer trips and traffic congestion in coastal areas.

Carriers that do business in the Southwest and Southeast reported the lowest operating costs per mile in 2018 — $1.58 and $1.68, respectively. The cost in the Midwest was $1.73.

As for how 2019 is developing, Murray said a softening economy could present challenges to fleets because costs are going to remain stable. For example, a new truck won’t get cheaper even if the economy slows.

“If the economy doesn’t sort of strengthen, we could see a pretty considerable increase in either bankruptcies or consolidations,” Murray said. “It is going to put a lot of pressure on the industry to basically hang in there as long as we can until the economy turns.”